The list of trucking companies who once proudly employed professional drivers and owner operators to travel America’s highways moving freight has diminished significantly over the years. There is even a Facebook page dedicated to these trucking companies titled, Fallen Flags of Old Trucking Companies.

We thought of five trucking companies that we used to do business with over the course of the last twenty years who are no longer operating in today’s market place. We miss some of them as much as their former drivers, employees, and customers do. Others (you can figure out which ones) aren’t missed at all. 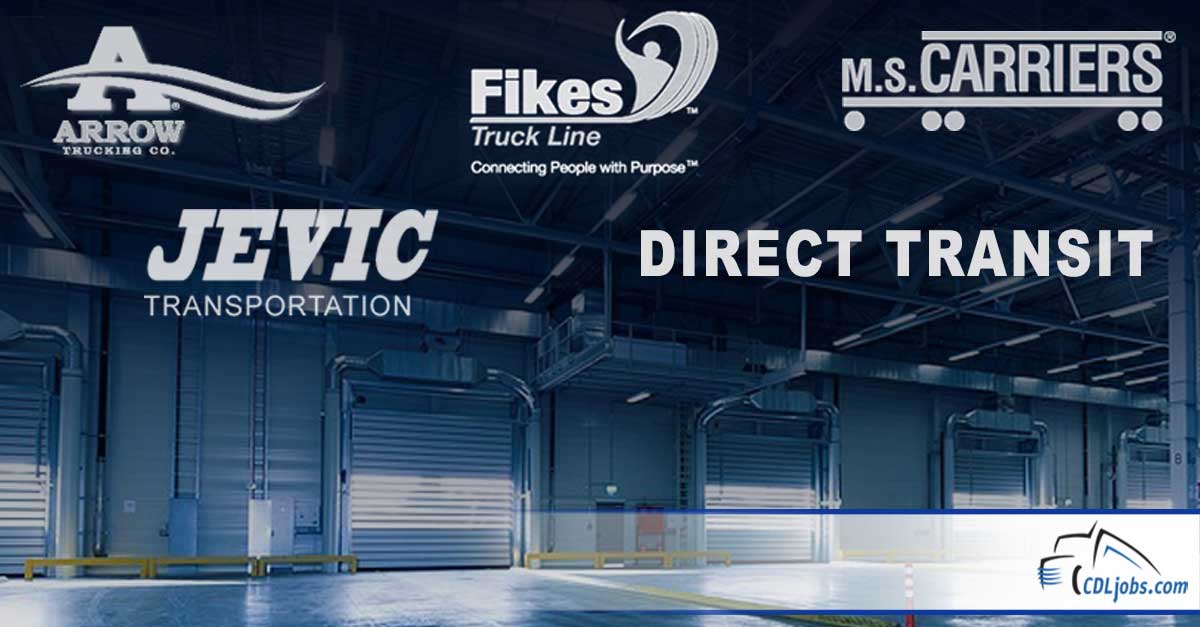 It was maybe the most shocking trucking acquisition that anyone had heard of up to that time when it was announced that Swift Transportation would purchase Memphis, Tennessee, based M.S. Carriers.

In December of 2000, M.S. Carriers CEO Michael Starnes agreed to the purchase and the iconic M.S. Carriers logo was slowly phased out while Swift Transportation traded tractor and trailer equipment until they were finally gone.

The news came as a shock to loyal Jevic drivers and customers, many who had been with the company since it was started in 1981.

It was around the beginning of 2015 when rumors started spreading about the demise of Hope, Arkansas, based Fikes Truck Line. Financial mistakes made a half decade earlier during a very tough market because of an economic recession started to take a toll on the 100% Owner Operator trucking company.

Owner-operators leased to Fikes started calling the Owner-Operator Independent Drivers Association to report bounced payroll checks in late Spring 2015 and an announcement was made in May that Fikes would be permanently closing its doors and ceasing business.

Contractors were encouraged to lease with Blair Logistics, who bought the Fikes home office in Hope, AR, and continued to do business out of it after the company closing.

This Sioux City-area based trucking company was cruising along registering good growth rates each year until it had grown to a carrier that generated about $140 million in 1995. It was then that DTI agreed to be purchased by Schneider, who later backed out of the deal after not being able to come to final closing terms in December of 1995.

Swift Transportation then stepped in and agreed to purchase DTI, but a list of issues including foreclosure, bankruptcy, and tax evasion charges brought all deals to a halt.

Charles G. Peterson, who was in the process of selling DTI, pleaded guilty to income tax evasion, admitting to pocketing excess money from truck and trailer leases.

December 2009 was when Tulsa, Oklahoma, based Arrow Trucking told their fleet of drivers to park their trucks and walk away, stranding thousands right before Christmas.

Horror stories of stranded drivers were soon replaced with stories of compassion driven from other drivers, companies, and people in general who were stepping in to help the stranded Arrow Trucking drivers. What lead to the immediate layoff is a story right out of a fiction novel.

Doug Pielsticker inherited Arrow Trucking from his father, Jim after the elder was killed in a plane crash in 2001, and promptly concocted schemes to misdirect funds from the trucking company to his personal accounts and affects.

In the end, Pielsticker was indicted on 23 counts of conspiracy, tax evasion and bank fraud.

Some good stories, some not-so-good stories. Some trucking companies are missed, others are not. How you were treated depends a lot on how you remember these once proud giants of the trucking industry.

Got any ideas about other trucking companies from years gone by, let us know. Until then, make it a great day and keep on trucking!