The trucking industry is one where drivers face significant pressure, both from their hiring companies and from lawmakers who seek to keep other drivers safe on the roads. Unfortunately, this ends up placing a significant amount of pressure on drivers as they try to follow the rules and avoid accidents all while meeting deadlines and getting deliveries to the recipients on time. 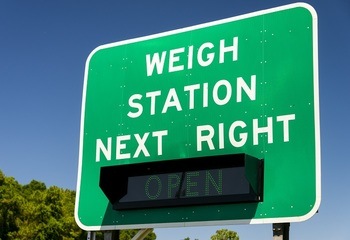 Many of the laws surrounding trucking were created by bureaucrats who have no personal understanding of the pressures of the trucking industry. This means that truckers are left to manage unrealistic expectations in a time-pressured field. Here are five specific areas where truckers experience unfair expectations as they try to do their jobs safely and effectively.

Weight regulations are essential to keeping truckers safe, because they protect drivers from taking heavy loads on roads and bridges that can't support them. However, the current regulations surrounding weight requirements may be unrealistic.

Truck drivers all understand the weight requirements in the areas they primarily travel. Unfortunately, many shippers do not have on-site scales. This leaves drivers in a vulnerable position after picking up a load. They have no choice but to drive that load to the nearest scale to determine if they are legal or not.

What happens when a driver is stopped before reaching the scale? If the driver is overweight, hefty fines may result, even if the problem is easily managed by sliding the tandems or adjusting the load. The driver has no control over this scenario, because the only way to learn if the truck is overweight is to drive to the nearest scale.

Thanks to technology and apps now available to drivers, they have the ability to check for nearby weigh stations and determine if they are open or closed, among other things.

Most drivers are careful about ensuring they are not driving with too many hours, because the potential fines are quite high. However, sometimes it takes hours for a load to be loaded or unloaded once a driver reaches a destination. If that driver started the day early, drove to a destination and then had to wait several hours, it's possible that the fourteen hour limit will be met before the load is even complete. This requires the driver to shut down for ten hours before driving again, even if some of the fourteen hours were sitting waiting for a load. Many think that the problem of excessive detention might be lessened if some sort of economic consequences were imposed by the brokers to encourage shippers to move truckers through their facilities more quickly 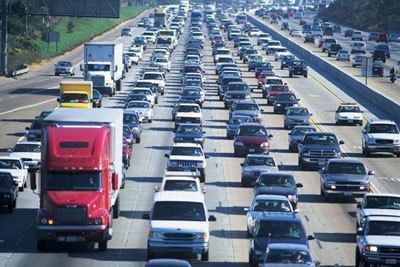 To make matters worse, after detaining drivers, many shipping and receiving companies will not allow drivers to stay on the property after receiving the load. This  requires the driver to drive to the nearest safe parking spot before signing off for the required time. If the driver is stopped on the drive from the shipping company to the place where he can rest, again, he may be fined. Once more, this scenario is one where the driver has little control yet would be responsible for any the fines that could result.

Drivers cannot control factors like traffic, times spent waiting for loads and time spent on truck maintenance while on the road. Unfortunately, companies often place unfair expectations on drivers as to the amount of time it will take to deliver a load. This pressure can force the driver to push past the hours of duty regulations in order to meet load delivery deadlines, which can open the door, yet again, to fines and penalties. Trucking companies need to understand that traffic, weather and maintenance issues can arise on the road, and truckers need the freedom to handle them as they come along without fear of penalties from their companies because deliveries were not as quick as expected.

Unfortunately, the demand for speed leads to poor safety in a number of areas. When an automated system warns dispatch that a load is going to be late, and the dispatcher contacts the driver to indicate that they need to speed things up or risk being late, the driver has few options. Those options include speeding at a rate that is unsafe for conditions or skipping mandatory rest periods, both of which make the driver less safe. Of course, if the pressure to deliver on time leads to unsafe driving practices that result in an accident, the driver is also held liable for the accident.

Hours of duty regulations make sense from a safety standpoint, but a closer look at the places where truckers can safely park makes it clear that this particular rule may not be as reasonable as once thought. A shortage of truck parking spaces in safe areas makes it very difficult for drivers to take their 10 hours off after working 14 hours, especially for OTR drivers.

This particular problem was brought to light in 2009 when a truck driver by the name of Jason Rivenburg was robbed and murdered while parked during his off duty hours. Because he did not have a safe, well-lit area to park, but rather had to stop at an abandoned gas station to rest, he was an easy target. This tragedy has pointed out the problem connected to inadequate numbers of parking areas for truckers. After Jason's murder, lawmakers passed Jason's Law, which designated funding aimed to help states creating safer parking areas for truckers spread out more evenly along major roadways.

Backed with Federal funds made possible by Jason's Law, the State of Iowa is leading a technological initiative, along with Indiana, Kansas, Kentucky, Michigan, Minnesota, Ohio, and Wisconsin. The project will provide truck drivers with real-time data on available truck parking spots at public rest areas and private truck stops along Iowa’s I-80. The technology is expected to be fully operational by Jan. 4, 2019.

Phil Mescher, project manager for the Iowa Department of Transportation stated, “We are committed to providing the means for safe, efficient, and convenient travel throughout the state. Having this system in place will help truck drivers better manage their hours of service and provide a safer, more efficient travel experience for motorists along I-80.”

Until these improvements are fully implemented and other state join the initiative to improve parking safety, drivers may still find themselves without safe places to park when needed.

Driving truck means a lot of time waiting - waiting in traffic, waiting at load sites, waiting while conforming to hours-of-duty regulations. Unfortunately, many trucking companies have business models that pay drivers by the mile. The end result is that drivers are not always fairly compensated for all of their time, given that some time is spent waiting, for various reasons, instead of rolling down the road earning by the mile. When drivers are not driving, they are typically not getting paid.

The trucking industry is currently facing a very significant truck driver shortage. If the goal is to attract new and younger candidates for truck driver jobs, they are going to need to address some of these problems facing them. Only when drivers do not face unfair expectations and are paid competitively will the industry be able to add new, qualified truck driving professionals and move forward with confidence. While there are many struggles apparent, truck driving jobs can be very lucrative and the present driver shortage shifts the bargaining power in the favor of those drivers looking to enter or advance in the trucking industry.