Congestion Costs for the Trucking Industry 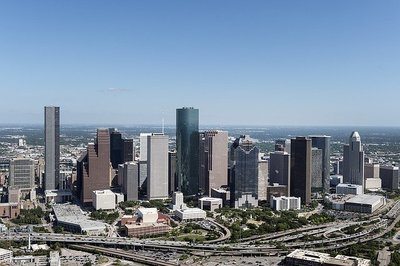 Packed highways with endless lines of cars may be an inconvenience for motorists, but they present a serious financial danger for the trucking industry. Congestion increases the cost of trucking by billions of dollars annually. It slows down deliveries, interrupts supply chains and adds to driver fatigue.

Worse, the number of cars in the U.S. continues to increase drastically. In just 4 years, from 2015 to 2019, the amount of vehicles on the road rose from 256.9 million to 279.2 million. That’s an increase of almost 9%. If lawmakers and industry experts don’t do something to resolve the issue, congestion is on track to get far worse, sending operating costs skyrocketing.

How Traffic Congestion Adds to the Cost of Trucking

In every business, time is money. This is especially true for trucking companies. Delays in delivering shipments has a major impact on the bottom line for fleet owners and truck drivers alike. Every hour lost in traffic represents time that could be used to complete additional shipments. In the span of a year, that ends up being a lot of wasted revenue.

According to the American Transportation Research Institute’s Cost of Congestion to the Trucking Industry (2018 Update), the operational costs of trucking related to congestion amounted to almost $75 billion in 2016. Across the industry, trucks experienced about 1.2 billion hours of delay. To put that figure in perspective - that is equal to having over 425,500 drivers parked non-stop all year long.

The more trucks in a fleet, the higher the operational costs of trucking related to traffic congestion. Also, long-haul trucking companies see a proportional increase in the financial impact of congestion due to the increased distance and travel time required for shipments. Trucks that travel 25,000 miles annually see average delay-related costs of $6,469, while drivers that go 125,000 miles have to deal with average costs of $32,350.

Where Traffic Bottlenecks Have the Strongest Impact

Traffic congestion isn’t spread out equally throughout the country. ATRI’s 2016 report reveals that several states have noticeably more bottlenecks than others, which can disproportionately affect drivers in those states. Texas held the number one spot for worst congestion, followed by Florida, California, New York and New Jersey.

Texas and Florida have such serious issues with bottlenecks that their roads account for over 15% of total congestion costs of the entire United States. In addition, the top ten states (or 20%) in terms of highest congestion represent over 50% of the nation’s traffic-related transportation costs.

These traffic issues are especially pronounced in urban areas. Where truck drivers are required to travel city streets for shipments, deliveries can frequently come to a standstill.

What Companies Can Do To Reduce the Operational Costs of Trucking

Transportation businesses can use modern technology to avoid traffic congestion. Here are a few other ways to minimize the impact of heavy traffic on the cost of trucking:

Mobile technology makes it possible for drivers and fleet managers to stay in contact via internet virtually 100% of the time. This allows for careful coordination of routes and deliveries.

What the Trucking Industry Can Do About Congestion

To enact real solutions for infrastructure, financing and legislation, lawmakers have to be involved in the problem of congestion. Trucking industry organizations may have success lobbying city, state and federal governments regarding these needed changes.

One option for reducing rush-hour traffic congestion on key routes is to implement stronger road toll pricing during peak hours. Another possibility is to construct bypasses for trucking vehicles on congested highways and in urban areas. This would be especially beneficial for massive cities with industrial manufacturing districts and specific areas that receive a heavy volume of shipments.

Regardless of the solution chosen, one thing is certain: something has to change. The industry can’t keep pace with the rising cost of trucking due to traffic. Trucking is the backbone of the U.S. economy, so it’s not strange to expect agencies at every level to develop a plan of action regarding truck drivers and traffic congestion.