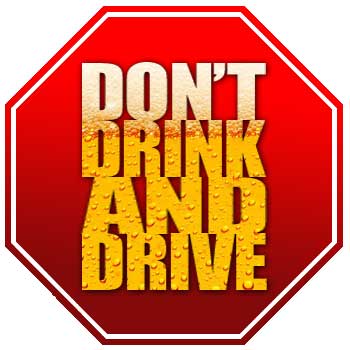 The number of large truck accidents has steadily risen since the annual low set in 2009. According to the Federal Motor Carrier Safety Association (FMCSA), an uptick of 9 percent occurred between 2016 and 2017, and a tragic 42-percent increase in fatal crashes was suffered since 2009. These statistics are critical reasons why federal and state agencies are hyper-vigilant about truck drivers and alcohol. With certainty, law enforcement is determined to make CDL and DUI mutually exclusive terms.

Strongly supporting sober driving keeps all of our valuable trucker drivers and other community members out of harm’s way. There’s no doubt that truck drivers and alcohol do not mix. It’s also important to understand that truckers face heightened scrutiny, and your livelihood is at risk if you have a single drink within four hours of operating a commercial vehicle. These are alcohol awareness issues truckers should know.

Although a great deal of emphasis is placed on CDL holders who operate big rigs and make long-hauls, it’s important to understand that state and federal authorities take a much broader view when it comes to DUI enforcement. Certainly, drivers operating 18-wheelers operating under the influence of alcohol pose an imminent danger to themselves and others. But authorities have zero tolerance for those driving any commercial motor vehicle. The following drivers and owners may be held accountable under FMCSA regulations.

The important takeaway from the perspective of federal and state authorities is that DUI penalties can be broadly applied to a wide range of driver-for-hire and non-profit scenarios. Professional CDL holders are just the highest-profile example. Professional drivers are also subject to higher standards regarding DUI enforcement methods and outcomes.

For example, CDL holders are required by law to submit to a roadside impairment examination if a law enforcement official has a reasonable suspicion they are impaired. Refusing to take a roadside examination or breathalyzer generally results in penalties being imposed as if the driver failed. A trucker may also be subject to random drug and alcohol testing if they have a prior incident or alcohol use is suspected. Should a driver fail a breathalyzer or refuse testing, license suspensions generally exceed those by passenger vehicle operators. Refusal is considered the same as being found guilty.

Beyond a DUI conviction while operating a commercial vehicle, CDL holders are required to notify their employers of any non-professional driving offenses. This includes anything other than parking tickets, and employers may have the legal right to suspend a driver who was arrested for DUI off duty. The theory behind the heightened scrutiny and enforcement of CDL and DUI issues is that a person gives implied consent to undergo testing by securing the ability to make a living driving truck.

Many states have already implemented zero-tolerance policies for CDL holders who engage in DUI. First offenses include high fines and lengthy license suspension. In some states, a second offense can result in permanent loss of license. Drinking and driving is one of the few ways a truck driving can end up in the unemployment line.

What is the Legal Alcohol Limit for CDL Drivers?

Although all 50 states and the District of Columbia have uniformly adopted .08 percent as the legal blood alcohol content limit, truck drivers are held to a much higher standard. In the eyes of the FMCSA, and others, the terms CDL and DUI are incompatible. A federal rule of .04 percent remains the law of the land, half that of non-professionals.

That lower threshold than average passenger vehicle drivers is significant for a variety of reasons. Most adults are at or over the .04 percent mark after only a single drink. If you are a trucker and have a beer with lunch or dinner, and then get back behind the wheel, you are at risk of being arrested for DUI. Depending on the state, your license could be suspended and ability to earn a living as a truck driver in jeopardy. The FMCSA mandates that your employer be promptly notified of the incident, which likely will result in you being sidelined without pay.

Can You Get a CDL with a DUI?

A DUI arrest and conviction carry severe consequences for passenger vehicle drivers and professional CDL holders alike. Getting charged with a DUI means you will suffer the public embarrassment of being arrested, booked, arraigned, listed in local news resources, and having to answer to friends, neighbors, and family members. If convicted, a DUI can result in limitations on community organizations, housing, and your ability to drive. The last issue poses a significant problem for men and women who want to earn a good living driving truck.

Truckers are expected to maintain the highest driving standards and safety protocols. Earning a CDL means you will be responsible for controlling an 80,000-pound rig traveling at high rates of speed. There is no room for error and absolutely no room for drinking and driving. That being said, you may still be able to get a CDL with a previous DUI conviction.

The fundamental problem that trucking companies face is that hiring people with significant driving offenses is considered a safety risk. The practice may cause their insurance premiums to rise, which diminishes a trucker’s value to the organization. Basically, that DUI can cost your employer money if they hire you.

The hard-working men and women who deliver America’s goods and materials are generally highly conscientious people who keep our great country trucking. Drinking and driving will inevitably put your career in jeopardy. There are numerous secure, top-paying truck driving jobs for CDL drivers. With the right knowledge and the right attitude toward alcohol, truck drivers can avoid drunk driving while protecting lives and maintaining a valid CDL to earn an excellent salary and benefits in the trucking industry.

« PREV - How Truck Drivers Can Improve Their Diet Truck Driver Tips: Don't Consume Another Beverage Until You Read This! - NEXT »
back to top