Get Engaged and Help Your Driver Recruiting Efforts

Shockingly enough, reaching, recruiting, and hiring drivers online is still a relatively new process to a number of people in the trucking industry.  To most, it's a lifeline....it is the only advertising medium they use.  Others see it as a necessary evil...your boss read somewhere that it is a good idea to recruit via the Internet, so you got on a few websites to keep up appearances.  And then there are those who still maintain that the Internet "doesn't work" and think of it as a "fad."  For purposes of this article, we will refer to these people from here on out as "soon to be unemployed." On a side note to those of you in the "soon to be unemployed" group, instead of cursing your darkness, I offer you a light....when you're fired for not hiring enough truck drivers after countless ads in your local paper; try a "fad" jobs board website find your next desk job...millions of others are doing so every day.

It can be easy to forget that there’s an actual human being behind every social media profile, so use every interaction as an opportunity to change that perception by using their name, your initials, and employing a tone that doesn’t resemble a corporate memo. Drivers who are asking questions about your company are obviously interested at some level.

SOCIAL MEDIA BY THE NUMBERS 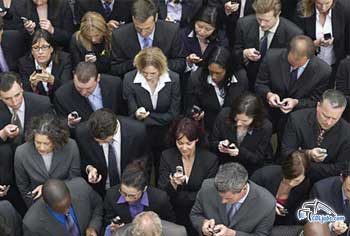 We love social media at CDLjobs.com and, for good reason, we use it to promote your truck driving jobs as part of our overall recruitment marketing efforts.

Take a look at some of the data from Pew Research Center regarding social media usage and then decide for yourself if you need to get engaged:

You would never dream of letting your toll-free Driver Recruiting phone line go unanswered, so why would you not answer a potential driver hire’s question on Facebook? It’s essentially the same thing and you can expect the same result if you don’t reply…a lost opportunity. Don’t go into this expecting sunshine and butterflies all the time; there are negative posts. But again, don’t you want to be a part of that conversation?

You don’t have to like it, but the Internet is the new norm and it isn’t going away. Not immediately responding to a notification that you have a Matched Driver Lead through a jobs board website, or a Facebook message, or a Tweet, or even an e-mail is just like not answering your phone. Yes, it is a little more detailed than that, but the basic premise remains.  You are ignoring a real application (pre-qualified and interested) from the Internet website to pay attention to a potential application (may or may not even be a driver, let alone a qualified driver) when your phone rings.

STOP THE MADNESS!  Follow these strategies and you will see a definite increase in productivity and in turn you'll be able to better utilize your driver recruitment advertising budget.

« PREV - Stress Management Solutions for Truck Drivers Seat Belt Safety: Practical Reasons For Truckers to Buckle Up - NEXT »
back to top