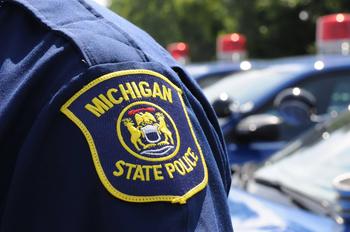 In 2017 and 2018, Michigan State Police (MSP) conducted saliva tests on CDL drivers who were suspected of using drugs. It was a pilot program in five counties that allowed troopers to determine the presence of drugs without a blood, urine or hair test. The saliva test takes about five minutes. If the test was positive, specially trained troopers followed up with a 12-step drug evaluation that allowed them to view a driver’s behavior.

The MSP recently announced that this program would be expanding throughout the state. Training and equipment will be made available to all counties. It’s expected that the expansion will be in place by fall 2019. In the pilot program, 38 drivers were convicted on 47 different charges as of December 2018. Many other drivers are waiting for their day in court to finalize their cases.

Still, there are critics who are concerned about the drug testing program. The MSP program had a rate of about 30 percent false positive or false negative readings. The drivers in the pilot program who were tested were under suspect for impairment because they were swerving in traffic or not using turn signals. However, the test isn’t always accurate. There are concerns that the test is unfair and an invasion of privacy. MSP says that the drug test is more efficient than a blood test, which can take hours and must be done at a hospital.

What You Should Know About Drug Testing and Your CDL License

A commercial driver’s license opens drivers up to harsher penalties for driving under the influence, whether they are on the job or not. CDL drivers cannot operate a vehicle with a BAC of 0.04% or higher. The limit for regular drivers is 0.08%. Under federal law, there is a zero tolerance policy for use of certain controlled substances. You can be tested at random for drug and alcohol use, but typically, you’ll be tested at these times:

What drugs are prohibited by DOT?

• Illegal drugs, Schedule 1 amphetamines and narcotics
• Marijuana, prohibited under federal law, even though it might be legal in the state
• Anti-seizure medication that is being used to treat seizures
• Some prescription medications

Prescription medication is a bit more complicated. First, you should know that truck drivers should never use prescription medication that has not been prescribed by a doctor. Some medications might be disqualifying, depending on your overall state of health. The DOT also tests for opioids like oxycodone, hydrocodone, oxymorphone, and hydromorphone which are often prescribed. Most controlled substances, licit or not, will generally preclude you from getting and keeping your license.

Can you refuse a chemical test?

In most states, whether you have a CDL or regular driver’s license, you cannot refuse to take a chemical test for impairment because of implied consent laws. Drivers who have received a CDL license have given implied consent for chemical tests when they operate a vehicle. If you refuse a test, you may lose your license for up to a year or longer, depending on the circumstances under which you are driving. If you’re transporting hazardous materials, for example, the suspension could be extended.

In Michigan, refusing to take a chemical test is akin to being tested positive for impairment. You will be immediately removed from operating your truck on the roadway. You will have to complete the return-to-duty process with a qualified substance abuse professional to return to work if you are allowed to maintain your license.

If the DUI occurred while driving, you may face criminal penalties, fines, license suspension and other penalties under federal and state law. If and when you do get your license returned to you, you may face higher trucking insurance premiums. You may need to pay for a substance abuse program. Hiring a lawyer to help you fight DUI charges is not inexpensive, either.

The device the MSP troopers use to detect drugs through saliva is capable of testing for different drugs:

Troopers couldn’t randomly test drivers under the pilot program. Probable cause still had to be established. Field sobriety tests are still very important to establishing impairment. You can refuse to take the test, but you could be taken into custody until a warrant can be obtained, thus obligating you to take the test anyway.

Bottom line: If you test positive for a controlled substance while on the job, you could lose your license and career. Even if the controlled substance is prescribed, you will likely face serious consequences. You will need to work with a DUI attorney experienced in CDL cases to find the best possible outcome for your case.

« PREV - Why are You Scared of Multi-Carrier Driver Applications? Best Truck Driver Recruiting Strategies - NEXT »
back to top