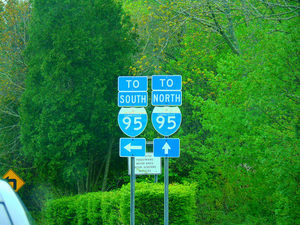 Currently up and running on the southern stretches of I-95 south and north, the smallest state in the union plans to exact a heavy toll from hard-working truck drivers. The truck-only tolls are reportedly part of Gov. Raimondo’s controversial RhodeWorks program designed to remove upwards of $1 billion from the trucking industry to invest in roads and bridges. But the state has a sordid history of improper fee collection and many trucking industry advocates reject the unfairly implemented fees.

Rhode Island residents pay a monthly phone fee of more than $1. The revenue generated for that program exceeds the maximum needed revenue to fund a fully operation emergency call center. However, the facility has been underfunded to the point it came under FCC scrutiny.

In a scathing report, FCC Commissioner Michael O’Reilly said that Rhode Island is “diverting” 911 fees into its general fund for other purposes. O’Reilly called Rhode Island a “self-reporting diverting state” and that unethical practice could render the state ineligible for federal 911 grants that total upwards of $155 million. He reportedly said Rhode Island “diverted in the past and have made no changes to its practices.”

Many in the trucking industry view the truck-only toll as another unsavory taxation practice in a state widely recognized for insider deals, squandering taxpayer dollars and consistently ranked among the least business friendly states. These are just some of the reasons why many in the industry oppose the truck-only tolls.

Although the truck toll gantries were delayed, several recently opened on Rhode Island’s I-95. The state plans to green light upwards of 14 by the summer of 2019. Each toll currently costs truckers $3 each and a total drive-thru of the 47-mile Ocean State will tally $20. The state has capped a total daily toll tax at $40.

But Rhode Island has a long history of upping the ante. Residents pushed back on mandatory seatbelt laws years ago when state legislatures proposed a “courtesy ticket” for those that didn’t adhere to the safety protocol.

Although lawmakers promised the traffic tickets would never include monetary damages, they reneged and the fine currently stand at $85. Coupling that backtrack on the law’s promise, the legislation was initially presented to exclude police stops solely based on drivers not wearing seatbelts. Lawmakers reneged on that deal as well.

The Ocean State also has a long history of raising and collecting tolls beyond sunset dates. The Newport Bridge had an end date for toll collection once the project had been paid down. However, the state continued to collect and even raised tolls by changing the regulations. In effect, Rhode Island is a state that continually seeks new and increased forms of tax revenue.

“The only reason Rhode Works has been deemed successful is because it hasn’t been tried yet,” Maxwell reportedly said. “When they try, it’s going to fail.”

In an effort to placate Rhode Island’s trucking outfits, the state reduced vehicle registration fees by an expected $4.2 million annually. Reports indicate the state has already miscalculated that figure with a shortfall of about $1.1 million.

The state has estimated that it will collect approximately $45 million from truck drivers annually. Based on the state’s history with toll and fee collection, truckers can expect to see increases to make up its error and the real possibility of a daily maximum being removed.

It would be an understatement to say that Rhode Island’s Gov. Raimondo has unfairly targeted those in the interstate trucking industry. Rhode Island has already brokered insider deals with locally-based companies. 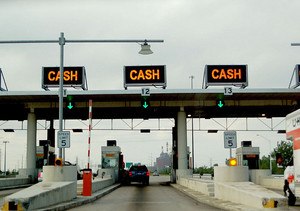 Truck owners who register vehicles in the state have been provided a registration fee reduction. While anything that benefits the hard-working men and women of the open road is a boon, long-haul trucking companies and drivers will not see an equal and balanced fee reduction.

But more concerning, companies such as Ocean State Job Lot have been given a side deal.

Ocean State Job Lot was considering a warehouse operation within the state. During the roll up to the truck-only tolls, the retail chain complained about the negative revenue impact RhodeWorks would have on its bottom line.

“We are certainly willing to do our share, but to put the onus on one class of vehicles do that is in our view patently unfair,” Ocean State Job Lot’s David Sarlitto reportedly said. “I believe we all have a responsibility as citizens and businesses to voice concerns, opposition if need be, and do what we can to make sure the state is as attractive as it possibly can be.”

In an effort to accommodate the retailer, the governor’s RI Commerce Corporation swiftly approved a $7.8 million tax credit. Long-haul trucking companies based in other states will see no reciprocal tax breaks.

Leaders in the trucking industry have been vocal about the discriminatory practices in Rhode Island. These predatory tolls that single out hardworking truckers fly in the face of fundamental fairness and American interstate commerce.

“By pressing ahead with her ill-conceived RhodeWorks scheme, Gov. Raimondo is violating the Constitution by interfering with interstate commerce,” ATA President and CEO Chris Spear reportedly said. “She and her administration were warned of this repeatedly by the trucking industry and we will continue to fight these unjust tolls by any means available.”

“By imposing these tolls, Gov. Raimondo and her profiteering allies in Providence are needlessly inflicting economic pain – 94 percent of the costs of these tolls will ultimately be borne by Rhode Island businesses – and worsening our state’s congestion problems as study after study has shown that when new tolls are imposed, traffic simply diverts away from them – thus taking traffic off of the interstates and putting it on Main Street,” RI Trucking Association’s Chris Maxwell reportedly said.

The smallest state in the union consistently ranks among the least business friendly. In 2016, Forbes listed Rhode Island among the bottom 10 states for Best States for Business, Business Costs, Regulatory Environment, Economic Climate, and Growth Prospects. The trucking tolls are widely viewed as another anti-business policy.

“We warned Gov. Raimondo about heading down this road and it is unfortunate that she has chosen to attack our industry in this way,” ATA President Spears reportedly said. “We continue to explore all avenues – including the courts – to get this decision reversed and she and her administration should expect us to continue to fight for fair and equitable highway funding in Rhode Island.”