Should There be a Maximum Speed Limit for Trucks? 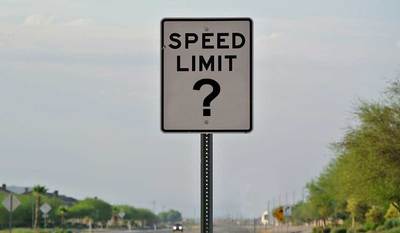 The number of fatal crashes involving big rigs prompted Congress to propose federal legislation calling for a uniform speed limit for trucks. Lawmakers on both sides of the aisle appear to be motivated by the uptick in tragic accidents reported by the Federal Motor Carrier Safety Administration (FMCSA). A 9 percent increase in large truck and bus fatalities was recorded from 2016 to 2017, and national coverage of specific tragedies prompted the Cullum Owings Large Truck Safe Operating Speed Act of 2019.

But that statistic was at least partially due to a 6.8-percent increase in miles driven over the same period. Although the number of crashes and fatalities has not reached a historic peak, lawmakers, industry professionals, and the men and women who do the driving are wondering if there should be a standard truck speed limit. These are pros and cons people interested in trucking industry opportunities may want to consider.

Sometimes called “speed limiters,” many of today’s passenger vehicles, buses, trailers, and large commercial rigs are coming from the manufacturer outfitted with these devices. The so-called speed limiters utilize emerging technology to signal a truck’s engine to stop accelerating at a certain threshold. To date, these governors inhibit truck speeds anywhere from 35 mph to 85 mph. Some are programmed to allow 65 mph during the day and reduce that to 55 mph at night.

The proposed 2019 legislation picks up on the fact that industry insiders and the general public have mixed feeling about setting a uniform maximum speed limit for trucks. A truck speed limit rule was proposed by the National Highway Traffic Safety Administration (NHTSA) in 2006 and debated again in 2011. The NHTSA pushed to include speed governors in heavy trucks but kicked the can down the road saying any rule wouldn’t take effect until 2018.

The NHTSA was more adamant about limiting trucks topping 26,000 pounds in 2016 but could not find common ground on a top rate. Opinions reportedly ranged from 60-68 mph. As of 2019, the industry feels pressure from NHTSA, (FMCSA), and Congress to come to terms with imposing a mandatory speed limit for trucks. But there are a significant number of pros and cons that have real-life implications.

Does One Speed Limit for Trucks Improve Safety?

The NHTSA, FMCSA, and lawmakers all tend to agree that a maximum speed limit for trucks should be under 70 mph. The high-water mark tends to be 65 mph in many cases. While that number may seem reasonable, few states adhere to the 65 mph standard. These states have at least some open roads with higher speed limits.

The inherent problem with now setting speed governors in trucks that force them to travel below 70 mph is that two standards would be set. That means that the agility of trucks would be lowered to maneuver in critical, high-speed situations. A lower rate than passenger vehicles and others would create moving truck roadblocks. Imagine most vehicles traveling at 85 mph in Texas only to come upon a group of trucks going 65 mph or slower. That real-life scenario is an accident just waiting to happen.

But mandatory truck speed limit advocates point to the correlation between high rates of speed and collisions. According to a study conducted by the Insurance Institute for Highway Safety, upwards of 33,000 fatal accidents between 1993 and 2013 could be linked to increased speed limits. And, safety improvements such as front airbags helped reduce crash fatalities over that same period. The study concluded that death rates would have been considerably lower had states not increased speed limits.

Commerce vs Environmental Reasons for One Truck Speed limit

Those in favor of setting a relatively low speed limit for trucks also point to environmental benefits. It’s common knowledge that burning fossil fuels such as diesel result in CO2 emissions. Lower rates of speed tend to utilize fuel more efficiently and release less carbon into the atmosphere. This environmental argument does carry some weight.

There are an estimated 15.5 million trucks operating in the U.S. hauling more than 10 billion tons of freight each year while logging approximately 300 billion miles all told, according to the American Trucking Associations (ATA). And, the average tractor-trailer uses upwards of 20,000 gallons of fuel each year. Lowering rates of speed would likely have a substantial cumulative effect on reducing emissions.

The counter-argument for lowering truck speed limits is that it would result in lost revenue and impede the flow of goods and materials across the country. In recent years, the trucking industry has been hit by stringent limits on how many hours a trucker can operate a vehicle. A driver cannot remain on duty for more than 14 hours and only operate the rig for 11 hours. These mandates were also made in the interest of highway safety based on lowering driver fatigue.

The industry felt the brunt of reduced hours, which was compounded by an ongoing shortage of qualified truck drivers. The average consumer may not be aware, but the limited hours caused freight-hauling rates to increase. Those costs are generally passed on to the consumer. Coming back with an additional limit that would lower miles traveled will likely result in inflated costs for goods and materials. Other practical implication of limiting trucker driver speed limits could include goods and materials shortages in certain areas of the country.

The difficulty agencies such as the NHTSA and FMCSA have struggled with on this issue is that for every potential benefit of setting a top speed limit, there is a compelling reason to maintain the status quo. Should there be a maximum speed limit for trucks? That may depend on what individuals value more. At CDLjobs.com, we support the best interests of truckers and provide information and job opportunities that benefit industry professionals.

« PREV - What does the New President Mean for the Trucking Industry? Self-driving Trucks and Liability - NEXT »
back to top