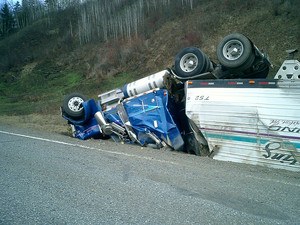 Every year, thousands of lives are lost to accidents involving semi-trucks. According to the Insurance Institute for Highway Safety, in 2018 there were 4,136 deaths associated with large trucks. This may be concerning to many truck drivers. Fortunately, knowing the numbers can help you be careful about avoiding the most common factors in trucking accidents.

Although the nature of truck driving jobs requires that truck drivers spend a lot more time on the road than the average passenger car driver, trucks are less likely to get into accidents. According to the U.S. Department of Transportation, the majority of fatalities involving a large truck are occupants of smaller passenger vehicles.

The reason passenger vehicle occupants suffer a high number of deaths is simple physics. When collisions occur, cars and other small vehicles are at a significant size and weight disadvantage. A rig often outweighs a passenger vehicle by 20-30 times. Since semi-trucks have much higher ground clearance, a small car can basically be swallowed up under the trailer.

Truck driving accidents are more likely to occur on smaller roads. According to the National Highway Traffic Safety Administration, 381,714 accidents involving trucks happened on non-interstate roads in 2018. By comparison, only 117,356 happened on interstates.

The overwhelming majority of all accidents were property-damage-only (387,863 of 499,070). Accidents on interstates were slightly more likely to be fatal at a rate of 1% compared to 0.84% on non-interstates. This is likely due to the higher speeds.

Most and Least Dangerous States

These were the five worst states for fatal crashes: 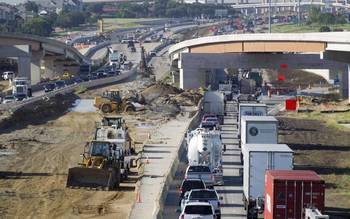 Accidents can be caused by all manner of factors. Passenger vehicle driver error was involved in about half of all truck driving accidents and truck driver error in about a third of crashes. Keep in mind that multiple factors may be involved in each crash.

Only around 5% of the large trucks that got into fatal crashes in 2017 had a vehicle-related factor. Nearly all truck accidents were caused by driver-related factors or outside circumstances. Nonetheless, regular semi-truck maintenance can help to minimize the likelihood of a crash.

Tires were the most common cause of accidents. Anyone who has seen the aftermath of a truck blowout on the highway knows how serious these problems can be. Make sure to check tire pressure often and change tires whenever you notice any damage.

The brake system was the second most common vehicle-related factor in crashes. This was a factor in 49 fatal crashes in 2017. It is more common to have non-fatal crashes, however. Make sure to get brake services often.

Steering and suspension issues were also common factors. However, this was involved in only 0.1% of all fatal truck crashes.

Keeping your truck well maintained is a smart move no matter what. Despite that, taking care of yourself and avoiding driving while tired, distracted or under the influence are even more important. Stay safe on the roads.