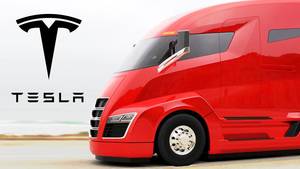 Enthusiasm for Tesla mass-producing its version of the semi had been on the decline as the electric-vehicle manufacturer’s reputation for meeting goals suffered. Until the close of 2019, Tesla had been mired in controversy, vehicle backlogs, and opening a plant in China was not well-received by Americans whose tax breaks supported the upstart.

But with a fourth-quarter push that reportedly rolled 104,000 vehicles off its assembly lines, Tesla delivered 367,500 automobiles and modestly exceeded its year-end goal.  All seems to be forgiven as Tesla stocks surged just after the new year, and the trucking industry is again talking about electric semis.

Although some skepticism still exists that CEO Elon Musk can competitively position his promised semi-truck in the short-term, media sources such as Forbes are speculating that the Tesla semi could be a major player by 2025.

“The Semi, which is priced starting at $150k for the 300-mile model and $180k for the 500-mile model, will cater to the Class 8 segment of the trucking market. Class 8 trucks are Heavy trucks with a weight limit of over 33k pounds,” Forbes magazine wrote in December 2019. “While it remains unclear if the trucking industry will take to Tesla’s offering, considering the range flexibility and payload capacity of diesel trucks, Tesla does have an interesting value proposition, especially in terms of lower running costs. We estimate that the vehicle could bring in revenues of as much as $2 billion for Tesla by 2025.”

In terms of market share, Tesla appears to have an uphill battle ahead of it. According to reports, Daimler’s Freightliner Trucks continues to lead the U.S. in Class 8 sales, posting upwards of 91,000 in 2018. Kenworth and Peterbilt trail with 37,400, and 37,000 respectively. Navistar International is not far behind the pack at approximately 34,000. Comparing potential industry revenue share, optimistic estimates of $2 billion in 2025 would be a non-starter for the spunky Tesla brand.

Daimler’s Freightliner reportedly earned $11 billion in 2018 and continues to outpace all comers in U.S. semi-truck sales. Given Kenworth, Peterbilt, and Navistar all secured between $4.6 and $4.7 billion in 2018, Tesla would be seven years behind at less than half the revenue stream of its second-tier diesel competitors. That's only if it succeeded in the Herculean task of producing and convincing trucking industry decision-makers to go electric.

Tesla reportedly plans to begin actual manufacturing of the electric Semi this year. They are expected to have a maximum range of 500 miles and, when hauling 80,000 pounds, can do 0-to-60 in 20 seconds, and reach 60 mph unloaded in five seconds. The claims have been met with skepticism as experienced truck drivers understand that today’s diesels require a tad longer to achieve those speeds. To those that question Tesla’s boast, Musk has gone on the record backing the acceleration rate by saying, “We designed the Tesla truck like a bullet. A normal diesel truck is designed like a barn wall.”

Speed considerations aside, Tesla has been marketing long-term energy savings to overcome the higher-than-diesel sticker price. Tesla plans to sell its version of the semi-truck between $150,000 and $200,000, depending on the model. It’s already utilizing a previous market strategy to raise revenue by allowing buyers to reserve a vehicle online. Reports indicate that big corporations such as Pepsi and Walmart are ponying up to get early models for their fleets, according to Business Insider.

Much of Tesla’s potential success will hinge on its ability to demonstrate that these vehicles are cost-effective in the long term, despite the inflated cost. According to Forbes, these rank among Tesla’s key competitive points.

Regional fleet operations may be more inclined to maximize revenue by incorporating logistics that can seamlessly accommodate the Tesla Semi’s 500-mile limitations. Long-haul drivers would likely have to wait for nationwide infrastructure changes and the Federal Motor Carrier Safety Administration’s willingness to enact substantive work-hour modifications to account for electric refueling wait times, among others.

The short-distance knocks on Tesla cars are only being compounded by truckers who make long runs. CEO Musk has not been deaf to length-of-travel issues associated with non-fossil fuel vehicles. Research and development of a more sustainable battery have not slowed, and the Tesla Semi battery is expected to take another tech leap into the future.

According to media outlets that cover technology, the new Tesla truck battery is expected to be a radical departure from previous designs. Inside EVs reports that the vehicle batteries utilize cell groupings over single battery cells, and the idea of a cooling snake has been replaced by simplified cooling plates. Other shifts include thicker electrodes for more dense energy transmission, and Tesla’s latest brainchild is expected to be less expensive to manufacture. Tesla is expected to make an official announcement about the new battery at a scheduled Battery and Powertrain Investor Day event.

Although Tesla has done an incredible job asserting itself into the market and becoming a household name, the electric vehicle maker remains a small fish in a very large auto industry.

To its credit, Tesla managed to rank two models in the top 8 electric vehicles in 2018. But even a cursory glance at its competitors shows that Elon Musk’s brand is a veritable David in a field of Goliaths. These are the top-ranked electric vehicle makers of 2018.

One of the burning questions is how will larger auto and truck manufacturers respond once electric semis are a viable and popular option? Already, hydrogen-powered semi-trucks are entering the trucking industry market in an effort to supplant electric models.

Nikola Motor Company plans on giving Musk and Tesla a run for the freight-hauling dollar. CEO Trevor Milton has been promoting his organization's hydrogen trucks as a lighter, and more cost-effective option. He points to the weight of large Tesla batteries as a drag on truckers' ability to load the maximum allowable freight and earn top-dollar.

“When you move a load of heavy freight, every pound's worth about 50 cents per load,” Milton reportedly said. “So, if we're 5,000 pounds less, ultimately, you're going to make $25,000 more revenue on that one load compared to batteries.”

According to Milton, fleet corporations such as Anheuser-Busch have ordered hundreds of Nikola trucks, and the company is sold out for the next five years. Although Tesla appears quite enthusiastic about converting the world to its brand of zero-emission vehicles, truckers may want to weigh all their options before converting.

« PREV - Are Dedicated Trucking Jobs Right for You? 5 Best Practices to Help Truck Drivers Stay Awake While Driving - NEXT »
back to top