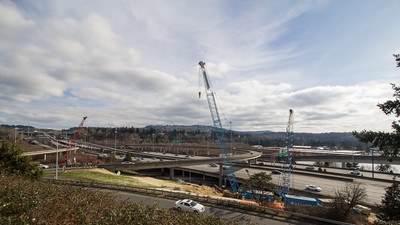 Residents in just about every state have some level of complaint about local highways and roads. In many cases, they have every reason to be unhappy about the general disrepair, but passenger car drivers are not operating a heavy commercial vehicle that weighs upwards of 80,000 pounds traveling at high rates of speed. Those are factors professional truck drivers must consider when traveling on the worst highways in America.

Trucking industry professionals should take note of the following information about the worst roads in America to help our valued truckers deliver their loads without incident and get home safely.

5 States Truckers Say Have Most Dangerous Roads in America

According to the National Highway Traffic Safety Administration’s (NHTSA) data, large trucks were involved in 2.8 percent of crash fatalities nationwide, totaling 841 fatalities in 2017. Although that number pales in comparison to 44.3 percent of passenger vehicles and 33.8 percent of light truck deaths, statistics indicate these trucker tragedies are on the rise.

Heavy vehicle fatalities rose from 805 (2.3 percent) in 2007 and 723 (2 percent) in 1997. All indications point to more tragic accidents and loss of life. While there are numerous factors behind collisions, being mindful of inherently dangerous highways and roads can help avoid critical situations and save lives. According to anecdotal information supported by hard data, working truckers reportedly ranked these among the most hazardous states to drive"

5 States with Worst Roads in America Based on Deficiencies

Another way to consider where the worst roads in America are located is to view them through a construction and upkeep lens. Business Insider pieced together a research article based on items such as road conditions, cost per motorist, structurally deficient bridges, and other factors. The states with the worst roads in America based on this analysis may surprise even veteran truckers.

States such as New Jersey, California, Missouri, Louisiana, and New Mexico round out the list of 10 states with the worst roads in America in the report. An analysis by Transportation for America detailed what the organization deemed worsening conditions. Its Repair Priorities 2019 report cites the top five states with the worst roads as Rhode Island, California, Hawaii, Connecticut, and New Jersey. The organization’s report is primarily based on ongoing neglect and roads considered in poor condition in 2017.

5 Worst Highways in America Based on Fatalities

Another way of looking at the worst highways in America is to consider that commercial rigs and passenger vehicles occupy the same travel lanes and face similar dangers. Data compiled about where most deaths occur per mile is a worthwhile way of understanding the deadliest highways in the nation.

The data used to calculate the top 5 deadliest highway stretches in the country was reportedly compiled from statistics running from 2011-2015.

5 Highways that Pose a Heightened Danger

While anecdotal and statistical information highlight the increased risks truckers and passenger vehicle drivers face on America’s highways, there are certain stretches of pavement that can quickly become hazardous. These are five roads worthy of increased caution.

We hope this information proves valuable for the hard-working men and women of the trucking industry who drive the open road. For more trucking news and truck driving job opportunities, visit CDLjobs.