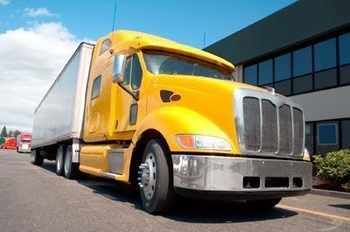 Truckers recently earned a favorable ruling in a U.S. District Court in Arkansas that will likely have fair pay ramifications across the country.

In the civil lawsuit known as Browne v. P.A.M. Transport, the court’s ruling demands that truck drivers be paid at least minimum wage for their hard work. Despite the overwhelming majority of truck driving jobs paying good wages, some companies continue to set rates that underpay workers by the mile. The end result in some cases is that drivers’ overall earnings dip below the minimum wage.

Although drivers who get paid by the mile generally earn between $.027 and $0.40 per mile, when those rates include overnight time and traveling through congested areas, wages can dip to unreasonable levels. In the Browne v. P.A.M case, upwards of 3,000 drivers joined the class action lawsuit that claims they were not earning minimum wage and certainly not the living wage they deserve.

“We’re going to look at all the money (carriers) have paid a driver in a given week. And that could be mileage pay. It could be detention pay. It doesn't matter. It doesn't matter how you did it. We're going to look at the total paycheck that your driver earned and divide it by the total hours he worked,” Justin Swidler, the attorney representing the truckers reportedly said. “The trucking companies may say, ‘Well, that only includes drive time and time the driver logged on-duty, and no other time.’ And we take the decision (to mean) that you have to include all the time the driver gives with work time under federal labor laws, and that includes some of the time the driver spends in the sleeper berth.”

Downtime has been the center of some debate in the trucking industry that drivers and employees have not always agreed upon.

Sleeper berth time has been a sore point between some companies and drivers. Freight companies sometimes view this as non-workable hours. The typical company thinking is that if the employee were operating a forklift in the warehouse, they would punch in and out. They would only earn wages while on task. Many companies do not even provide paid lunch breaks while workers are on site.

In terms of trucking, minutes and hours spent in the sleeper berth tend to be viewed as personal time in some employer’s eyes. The argument goes that if the driver were home in bed, no wages would be earned. But that argument seems to have fallen on deaf ears in the Browne v. P.A.M. lawsuit.

In the U.S. District Court in the Western District of Arkansas preliminary ruling, Judge Timothy L. Brooks reportedly said that under the Fair Labor Standards Act, drivers are entitled to total compensation that must be divided by all of their hours. Once the overall compensation is divided, it must meet the federal minimum wage standard of $7.25 per hour. The inclusion of sleeper berth hours would inherently increase the pay of low-earning truckers.

Although Judge Brooks did not stipulate or imply a new rule with regards to sleeper berth hours, he found that compensating drivers was consistent with existing federal regulations. His ruling appears to focus on the 16-hour, short-haul exemption that allows a non-CDL driver to increase their workday from 14 to 16 hours once every seven days under certain circumstances.

“The DOT regulations aim to make our roads safe, while the DOL regulations aim to provide workers with adequate compensation,” Judge Brooks reportedly states in his ruling. “If the DOT prohibits commercial truck drivers from driving more than 14 hours (sic) in a 24-hour period while the DOL requires their employers nevertheless to pay them for at least 16 hours in that same period, then this court sees nothing inconsistent or inharmonious about that state of affairs.”

That is just not the case for many professional drivers. Truckers cannot simply park the rig and abandon it out on an interstate. Being in the truck is the job, and that means drivers are on task even when not logging miles.

It’s important to understand the earnings at issue do not include 8- to 10-hour stints of true off-duty periods. Only the two-hour, sleeper berth difference seems to be the focus of Judge Brooks preliminary ruling. However, the truck drivers’ attorney has cleared a significant hurdle in getting at least minimum wage compensation for that time.

“What the court held here is, in essence, that when you're over the road as a driver, assuming that you're not relieved from duty, and you're not going into a hotel or able to leave the truck and the load, that that's basically 16 hours a day of work per the federal regulations,” attorney Swidler reportedly said. “That would entitle you to minimum wage for 16 hours a day.”

While that may not sound like a tremendous boost to the ranks of well-paid truckers, it’s a personal game changer to the lowest paid workers in the industry. The U.S. District Court ruling appears to be a pivotal step in full, fair trucker driver compensation.

The decision so far only dispenses with P.A.M. Transport’s attempt to have the lawsuit by the alleged underpaid drivers thrown out. Judge Brooks did not issue a final ruling in the case, but his position could prompt P.A.M Transport and others in the industry to raise the bar on truck driver wages across the board.

“The hope is that, as you raise the bottom, you raise everybody,” truck driver attorney Swidler reportedly said. “That's the practical implications of what this could mean. It also means that if we can get Congress to increase minimum wage, then these drivers would get a little bit more, too.”

Moving forward, P.A.M Transport’s lawyers have reportedly asked the court set aside the class action lawsuit and force the 3,000 individual truckers to file separately. It appears to be an apparent move to undermine the economically-challenged drivers who could not afford personal lawyers. Specifically, the average truck driver salary reportedly runs between $38,338 and $50,328 and while driver pay has been climbing steadily, more experienced drivers may be pulling down six figures in many cases, which makes this move to separate the cases fundamentally unfair to working class drivers.