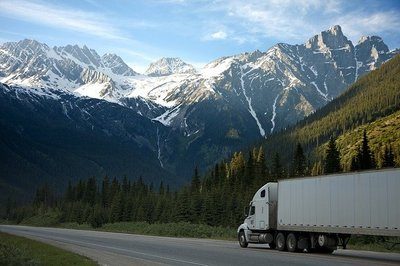 Truck drivers across the country exceeded expectations by delivering the goods and products necessary to keep the country going in 2020. The federal government helped by untying the hands of truckers, so they could get the job done. But no one — except hard-working truckers — could have predicted that everyday families would not go without essentials despite the global pandemic.

As we roll into 2021, certain aspects of the truck driving profession will likely change. Federal agencies typically consider new regulations, and existing laws come under review. Although regulators and lawmakers largely hit the pause button in 2020, a new White House administration and Congress plan to shift priorities that will impact CDL professionals. There are a variety of ways that these anticipated changes and trends for 2021 may impact the trucking industry and the good people who keep America flourishing,

The pandemic demonstrated how vital truck drivers are to the health of the nation. During the early days of the outbreaks, the Federal Motor Carrier Safety Administration (FMCSA) relaxed the Hours of Service (HOS) regulations. This action allowed professional CDL drivers to replace sometimes inflexible rules with commonsense when hauling the following necessities.

The recently updated waiver now includes loads that include the COVID-19 vaccine and medical equipment related to testing. Truck drivers carrying essential relief supplies also enjoy the exemption that will now run through May 31, 2021. However, nominal mixed loads associated with routine deliveries, or rigs that have been deemed out of service for any reason, may not enjoy the exemption.

The new administration plans to make carbon emission reductions a priority, and leadership at the Department of Transportation (DOT) and FMCSA are expected to begin promulgating rules to that effect. Why is this important? Simply put, carbon dioxide is the largest contributor to airborne pollution. When it is released into the air, it absorbs the sun’s warmth and keeps too much heat in our atmosphere. The effects of these greenhouse gas emissions may be linked to abnormal weather patterns across our nation, heat waves, drought and increased intensity of natural disasters.

South Bend, Indiana, Mayor Pete Buttigieg was tapped as United States Secretary of Transportation. He has gone on the record indicating he wants “net-zero” emissions from industrial vehicles by 2040. Now working for the Biden Administration, the goal hovers more closely to 2050. But many sustainable energy advocates anticipate Buttigieg will steer the DOT towards a California standard.

Known as the California Air Resources Board (CARB), the mandate calls for 100 percent zero emissions on all medium- and heavy-duty trucks by 2045, when “feasible.” It also sets a 2035 target date for drayage trucks. New Jersey already followed suit, and as many as 13 states lined up to adopt the rule.

Big corporations are already investing in electrifying vehicles to get ahead of this trend. Should the federal government put these benchmarks into place, independent truck drivers may have to invest in low- or zero-emission technology.

Speed Limiter Mandate Back On The Table

Politicians like to say that elections have consequences. The changing of the guard in January appears to be putting the issue of 18-wheeler speed limiters in play, again. The previous administration did not favor over-regulating the trucking sector and put executive orders in place that slow-rolled and then nixed proposed speed limiter regulations.

Back in 2017, a draft highlighted the fact that federal officials wanted to cap truck drivers at a maximum of 68 miles per hour. That threshold failed to account for many of the country’s higher MPH highways. It would have put truckers at a safety disadvantage with other vehicles moving at rates of 75 MPH or higher. The proposed regulation was scrapped.

Trucking industry insiders expect the speed limiter issue will be dusted off, and another attempt to regulate wheels-on-the-asphalt truckers by people sitting in Washington, D.C., offices will resume after a current regulatory freeze expires.

The FMCSA has not reportedly received enough opposition to get rid of vision-impaired truck driver exemption applications. A rule published in 1970 forced drivers to secure an exemption when one eye did not meet vision standards. Many were relegated to in-state hauls only.

But the science indicates that having one “bad eye” prompts the human anatomy to compensate. A new “Qualifications of Drivers; Vision Standard” rule would require truckers to have a “good eye” that tests at 20/40, enjoys a 70-degree field of vision, and can distinguish traffic signal colors.

An issue of increasing the $750,000 insurance liability requirement for motor carriers was tabled during the previous administration. Organizations such as the American Trucking Associations and Owner-Operator Independent Drivers Association also opposed the mandate. However, given that the current limits were set in the 1980s, some believe that the values set have not kept pace with inflation costs and are insufficient to cover today's medical and other accident costs.

Many expect the incoming White House and Congress could revive the issue. Since prior rulemaking was withdrawn due to lack of information and feedback from key stakeholders, future action remains uncertain, yet the move would cost the industry millions and take a bite out of owner-operator earnings.

West Coast Truckers Could Get Stuck In AB 5 Traffic

California’s A.B.5 law has been embroiled in a series of lawsuits that include truck driver associations. Truckers won an early injunction that prevented the state from making Owner Operators and other independent drivers company employees. But the misguided law prompted carriers to distance themselves from independent drivers.

Although A.B. 5 has been California law since Jan. 2020, an injunction remains in effect as the case makes its way through the courts. The U.S. 9th Circuit Court of Appeals upheld the initial injunction against the state from negatively impacting truckers. The 9th is expected to render a decision in 2021, and the outcome could have wide-reaching implications regarding your right to work for yourself. Hard-working truckers can anticipate that if the state loses, it will appeal to the U.S. Supreme Court. Although this case applies to only one state now, others could follow suit if truckers do not prevail.

We want to take this opportunity to thank our friends on the road for your extraordinary efforts in 2020 and success throughout 2021. CDLjobs.com will continue to support you by posting news about changes, trends, job opportunities, and issues affecting your trucking lifestyle.