What a Joe Biden Presidency means for the Trucking Industry 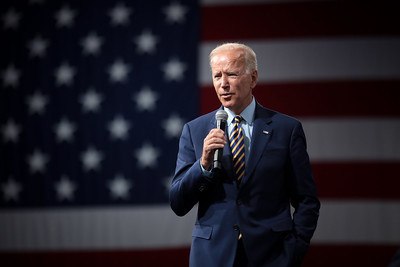 A new president brings a lot of uncertainty to the trucking industry, but it also brings a lot of promise. On the campaign trail, Joe Biden laid out plans that would make an enormous impact for truck drivers across the country. Here is what the new Commander in Chief could mean for the industry:

It’s no surprise to anyone in the industry that truck drivers are “essential” workers. Our country can’t function without truckers — you remember the toilet paper shortages! Biden has laid out a plan to support essential workers like the truck drivers that society depends on.

Here’s Biden’s plan: First, ensure all frontline workers qualify for priority access to personal protective equipment or PPE, COVID-19 testing, and any other forms of emergency COVID-19 support. Next, establish and enforce health and safety standards for the workplace. Finally, enact premium pay for the workers putting themselves at risk by working amid a global pandemic.

Truck drivers can breathe a sigh of relief knowing that their safety will be prioritized, and their paychecks will benefit because of their necessary work in these times of high-risk. Truck drivers have protected America during this pandemic, and these steps by the Biden administration say that the federal government is finally ready to return the favor.

The top priority on day one of the Biden administration is controlling the COVID-19 pandemic. Biden has repeatedly stated that he will listen to scientists by ensuring that public health decisions are informed by public health officials. Specifically, he’s advocated for a nationwide mask mandate, doubling the number of COVID testing sites, significantly ramping up the production of personal protective equipment (PPE), and following CDC guidance on the implementation of social distancing and lockdown measures.

If these measures are successful, Biden’s more active federal response would massively boost the trucking industry. Defeating the raging public health crisis is the fastest way to reopen the country. In doing so, getting people back inside of stores, buying products, and doing business results in more freight being transported around the country. Finally putting COVID-19 in the rearview mirror isn’t just great for our health, but the economy and the trucking industry specifically, too.

When Joe Biden was inaugurated as Vice President in the Obama administration, the Dow Jones Industrial Average sat as low as 7,939.39, per Yahoo Finance Dow Jones Industrial Average historical records. The same records say that during their administration, the Dow more than doubled, an increase of nearly 130 percent, to 18,175.56.

Economic progress continued under President Donald Trump, but at a slower rate than the Obama-Biden years. Markets are now at their highest levels in history, and they reacted positively to Biden’s recent win in the election. From November 2nd to November 9th, the day before the election to the first day the markets were open after official sources called the Presidential election for Joe Biden, the Dow rose by 2,232.92 points. Since the election news broke, the Dow Jones reached a new all-time high when it surpassed the 30,000 threshold for the first time in history.

A higher level of confidence in the economy means that manufacturers, builders, and other companies are more likely to ship goods, creating a giant boost in the trucking industry. Times of economic optimism around the country advance the outlook for the freight market, and in turn, promote trucking.

One in five miles of United States highways is in “poor condition.” Despite being the richest nation in the world, the World Economic Forum ranks the United States 13th in quality of infrastructure. Biden says that is “unacceptable,” so he has committed to making unprecedented investments in America’s infrastructure to bolster the competitiveness of the middle class.

The Biden administration will propose to immediately allocate $50 billion in the first year of his presidency to repair roads, highways, and bridges across the nation. In order to faster break ground on these projects, Biden says he will expedite construction permits, as there are already hundreds of billions of investments backlogged.

Key initiatives like the Highway Safety Improvement Program will see an increase in federal funding to reduce the number of traffic fatalities and serious injuries on the road. A noteworthy practice of the program done by the Strategic Highway Safety Plan coordinates a comprehensive framework for statewide safety measures to make roads as hazard-free as possible.

Improved infrastructure and safety programs aid in protecting truck drivers from potentially dangerous situations on the road. These initiatives couldn’t come at a better time either, as the industry is primed to boom in post-pandemic life after society returns to normalcy.

The proposed tax policy from Joe Biden indicates another cause for optimism in the trucking industry. As part of Biden’s Build Back Better plan, he has announced two bold new steps to create a future that is “Made in America by all of America’s workers.”

The first step is to change the tax code to promote domestic manufacturing by establishing a Biden Offshoring Tax Penalty and a Biden “Made in America” Tax Credit. This policy would close some of the tax loopholes that corporations take advantage of under our current tax law.

The second step involves a series of executive orders that Biden will sign in the first week of his presidency that ensures that the federal government is delivering on its obligation to use taxpayer dollars to Buy American products and support American supply chains.

Bolstered domestic manufacturing is great news for the trucking industry. With products being made within the United States own borders, truck drivers should see a greater demand in business thanks to these changes to the tax code.

Over the next four years during the Biden-Harris administration, the country will undoubtedly undergo countless changes. Many of their policies will directly impact truck drivers and the trucking industry as a whole: ensuring truckers’ safety while working in a pandemic, enacting premium pay for their work, improving our infrastructure, rewarding American companies for manufacturing and transporting products domestically, containing the ongoing pandemic, and more. It’s crucial to understand these policy proposals, so we can hold our elected leaders accountable for enacting the legislation that would benefit the trucking industry.

« PREV - Truck Driving During the Holidays: How to Stay Positive Truck Tires: 6 Warning Signs to Prevent Failure - NEXT »
back to top
Find Truck Driving Jobs By State