What Truck Drivers Need to Know About CBD & The DOT Warning 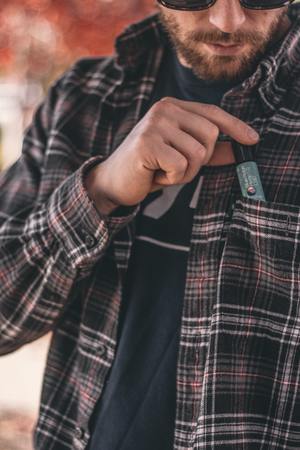 The Department of Transportation recently issued a warning to truck drivers that the use of CBD products may result in you getting sidelined.

The recent memo was released to clarify widespread confusion about the legality and appropriateness of CBD-infused products. Many of these loosely regulated oils and edibles may not be suitable for transportation professionals, including CDL holders, because they may carry a higher than anticipated level of THC.

Although CBD has been a hot trending item because its THC levels are below many state and federal limits, use may put a trucker’s license at risk. It's imperative that the hard-working men and women of the road know about and fully understand CBD and the DOT’s position.

It’s evident to truckers crisscrossing the nation that CBD must be legal to use. Signs are lit up in convenience stores and fueling stations on and off just about every major highway. Needless to say, that must pique the curiosity of CDL holders about why the DOT has issued a warning for safety-sensitive transportation professionals. The reason stems from the fact that CBD products are more closely linked to marijuana than some realize.

CBD is the term used to market “cannabidiol.” It ranks among many chemical compounds in the so-called cannabis plant family. This natural substance has been mass-produced and blended into oils and food-based items as an “edible.” What distinguished CBD from its marijuana cousin is tetrahydrocannabinol, or THC. While THC has a psychoactive effect when smoked or imbibed as an edible, CBD that adheres to regulatory guidelines does not. As a natural substance derived from hemp, CBD reportedly has a relaxing effect but does not necessarily make you “high” the way marijuana may, according to Live Science.

Why Is CBD So Popular?

Despite all of our technological advancements, everyday people continue to struggle with stress and anxiety. According to a study conducted by the National Health Institutes’ Center for Biotechnology, CBD reduces anxiety, stress, and fixation on self-deprecating thoughts. The New England Journal of Medicine agrees that the compound has health benefits that may include reducing seizures, improving arthritis pain management, and many others.

Part of the popularity and growth of the CBD industry has been people using this natural compound to avoid risky pain killers and potentially addictive pharmaceuticals. On the one hand, CBD industry professionals tout its health and wellness benefits. But on the other, many are concerned that the industry remains poorly regulated, and that makes mass-marketed CBD products risky for transportation professionals.

Why are CBD Products Risky for Truck Drivers?

The primary risk to truck drivers using CBD products is testing positive for THC. Although the CBD industry widely claims that oils and other edibles are not the same as marijuana, many contain at least trace amounts of THC, the main mind-altering ingredient in marijuana.

That claim tends to be based on the fact that “pot” comes from the marijuana plant, while CBD is extracted from hemp. But both plants are in the cannabis family, and both have THC in their makeup. In practical terms, hemp is the same type of plant as marijuana, but it has 0.3 percent THC. The more significant problem, however, is a lack of oversight.

It may shock consumers to discover that many CBD products are generally not regulated by the Food and Drug Administration (FDA) as a controlled substance.

“The Agricultural Improvement Act of 2018, Pub. L. 115-334, (Farm Bill) removed hemp from the definition of marijuana under the Controlled Substances Act. Under the Farm Bill, hemp-derived products containing a concentration of up to 0.3 percent tetrahydrocannabinol (THC) are not controlled substances,” the DOT noted in a February notice on Drug and Alcohol Compliance.

That’s largely why labeling, potency, and trace amounts of THC are inconsistent among products and manufacturers. Another issue that consumers may or may not be aware of is the so-called “Full Spectrum” CBD products.

A full-spectrum CBD oil can be created by employing the same type of extraction process used in hemp, but to a marijuana plant instead. When manufacturers take this route, they bring together the three highly sought after compounds of cannabis-family that include:

Although even a full spectrum CBD product is expected to have no more than 0.3 percent THC, according to federal guidelines, many exceed that threshold without noting it on the label.

Where Does the DOT Stand on Truck Drivers Using CBD?

Due to concerns that professional truckers would be sidelined because inconsistent CBD products could lead to a positive marijuana drug test, the DOT released a memo to clarify its position. The memo states:

The DOT also points out that the FDA has issued its own warnings about these products.

How Could CBD Impact a CDL Drug Test?

Veteran truckers may already know that trucking companies require a negative drug test before allowing a new employee to operate a commercial motor vehicle. Carriers must also require a drug and alcohol test in the event of a significant accident. Other testing includes the following, according to the Federal Motor Carrier Safety Administration.

Given that CBD products vary in strength, are poorly regulated, and contain at least trace amounts of THC, they put a professional truck driver’s CDL at risk. The lure of a relaxing legal compound that a driver could use off duty is grossly outweighed by the risk of losing your salary.

It is crucial for all truck drivers to follow safe, secure driving practices, and understand that it’s essential to follow federal regulations. The DOT took the lead by issuing guidance to help hard-working CDL professionals understand the risk associated with CBD. For more information about trucking safety, news, and high-paying positions, visit CDLjobs.com.