American truck drivers are responsible for moving the food and products that keeping the nation going. While truckers do immeasurable good for everyday people, underworld figures are using our roadways for human exploitation.

Human trafficking has become an international plague that garners billions of dollars for criminals by victimizing women, children and the most vulnerable. The United States has not been exempted from these horrific crimes and that’s why government, law enforcement, and trucking industry advocates such as Truckers Against Trafficking and CDLjobs.com are doing their part to raise awareness and save lives.

By getting the facts about human trafficking and what the hard-working men and women of the open road can do, you can put heinous offenders behind bars and end the misery. 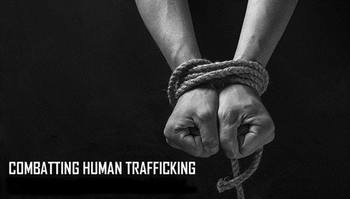 The reprehensible practice of human trafficking remains a massive, global industry that reportedly generates upwards of $32 billion each year. Greed and total disregard for other people keeps this cancer on humanity afloat. These are the facts about human trafficking reported by the International Labor Organization.

According to the U.S. Department of State, upwards of 800,000 people are transported across international borders. Approximately 80 percent of those are women and half of them are mothers.

Human trafficking stands as a catastrophic global enterprise that often operates in plain view. Farms, manufacturing plants and domestic workers are not disguised like underground sexual exploitation schemes. That means this problem extends far beyond major organized crime syndicates such as drug cartels. Human trafficking is big business involving a variety of sectors and these are the numbers, according to the International Labor Organization.

In many cases, truck drivers unknowingly find themselves on the front lines of these criminal enterprises. The good men and women behind the wheel are the eyes and ears that can save others from the horrors of exploitation.

All across the country, local and state programs are being launched to help educate members of the trucking community to recognize the signs of human trafficking.

Truckers may be shocked to know that while there are millions of people forced into labor, only 1,038 cases were prosecuted during 2016, according to the U.S. Department of State. Also, the Department of Justice was only able to secure 439 human trafficking convictions.

Law enforcement relies on everyday citizens to provide real-time information about these illegal activities. Truck drivers that “see something and say something” on the open road may be the best hope to save these ensnared souls.

In April 2018, San Francisco District Attorney requested $1.4 million to support the creation of a human trafficking unit. The call to fund 10 new positions armed with critical tools comes on the heels of a Department on the Status of Women report that discovered an additional 529 survivors in San Francisco.

Although the California city has long suffered a growth in illicit sex operations including massage parlors and brothels, prosecutors were only able to file charges in six out of 10 cases. The harshest conviction resulted in a 97-year prison sentence.

In Colorado, law enforcement plans to maximize truckers’ unique position on the state’s highways by making human trafficking awareness a centerpiece of CDL training. A recently passed law requires CDL applicants to undergo a course that educates and enlightens them about how to recognize signs of human trafficking.

“It’s my understanding that the majority of sex-trafficking cases and labor-trafficking cases are identified by members of the public,” Colorado state Rep. Dominique Jackson reportedly said. “And those members of the public include truckers. Truckers tend to be at places where people come in and out of — motels, truck stops and gas stations. They see a lot of things.”

Leaders in the truck driving industry such as the Colorado Motor Carriers Association and Truckers Against Trafficking overwhelmingly support such legislation.

“It was really something that a lot of our companies and drivers have embraced,” Colorado Motor Carriers Association Pres. Greg Fulton reportedly said. “It’s like having an army of additional eyes and ears out there to be monitoring this.”

Numerous trucking operations across the country are already engaged in providing human trafficking training to driving professionals. Organizations such as Truckers Against Trafficking reports that since launching its advocacy initiative in 2009, upwards of 2,000 truckers have generated leads to a national human trafficking call center. The information provided by truckers provided actionable intel on 545 cases and 1,000 victims. Truckers Against Trafficking has reportedly provided training to nearly 500,000 industry professionals.

The first step toward thwarting despicable human trafficking on America’s roadways is awareness. Truck drivers have emerged as a top resource for law enforcement to crack down on this global epidemic. By recognizing red flags at truck stops and among people you come into contact with, victims can be rescued and criminals will do real jail time. Consider some of these tell-tale signs. 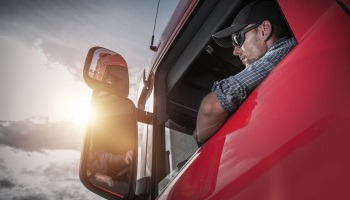 Many truck drivers come into contact with high-trafficking sectors such as agriculture and manufacturing among others. These are some of the signs that workers may be victims of exploitation.

As great American truck drivers, you can do your part by reporting your observations to law enforcement by dialing 9-1-1 or resources such as the National Human Trafficking Hotline at 1-888-373-7888. As veterans of the open road, your eyes, ears and instincts can save lives.